Recorded during the Cycles Project, this is a mashup/arrangement of palta thekas I learned from Pt. Swapan Chaudhuri, Pt. Suresh Talwalkar and material from Sri Karaikudi Mani, with some of my composition as well. More detailed post on this recording here: http://52kaidas.blogspot.ca/2013/05/a-pair-of-jhaptal-recordings-from.html

The video is part of the early morning train ride from Mumbai to Bhopal on January 9th. It was super foggy and mysterious, so I clamped the GoPro outside the train and let it run for awhile.


Two palta thekas in one post? Anyone still reading/watching a definitely a tabla nerd. *hi5*

I was a bit leery of sharing this video here... I'm working on a solo *solo* show, and this was an experiment: can I do a set of tabla solo w only my drums and my iPhone. So, I'm running 3 apps here: a drum machine called FunkBox, a generative music app by Brian Eno called Bloom, and iTanpura. Lame? Cool? not sure...it is what it is.

I recorded this Palta Theka on my Tintal album, so nothing new...there's a post about it here:
http://52kaidas.blogspot.ca/2010/02/uthan-palta-theka.html

I got offered a solo *solo* tabla gig at a local food and beer fundraiser in the CBC Atrium in Toronto, and I took it because a) it was a challenge: let's see if I can keep non-tabla nerds entertained for an hour, and b) because hey! tabla solo gig!

This is something I've been working on for awhile, an adaptation to a tisrajati rupak rela Pt. Suresh Talwalkar taught me a couple years ago. I posted about this here:
http://52kaidas.blogspot.ca/2013/12/6-7-8-7.html

BUT! I filmed it at 120 frames per second, which means slow-motion playback action was possible! So, the 2nd part of the video is slow motion action (where ugh! my technique looks so sloppy!!). I kinda dig the super low pitch sound of tabla at 25% normal speed though...


Aside from tabla, I'm also a photographer, and here's a brand new video with some of the photos I took in Bhopal when I was there in January, set to 2 versions of Autorickshaw's song City of Lakes (all proceeds to the Bhopal Medical Appeal, which funds the Sambhavna Clinic in Bhopal, which offers free healthcare to survivors of the 1984 Bhopal Gas Disaster). The BIG version of this song, with the much heavier video is here: https://www.youtube.com/watch?v=BydB4_tUnP8

OK, that's all for now, thanks for reading! 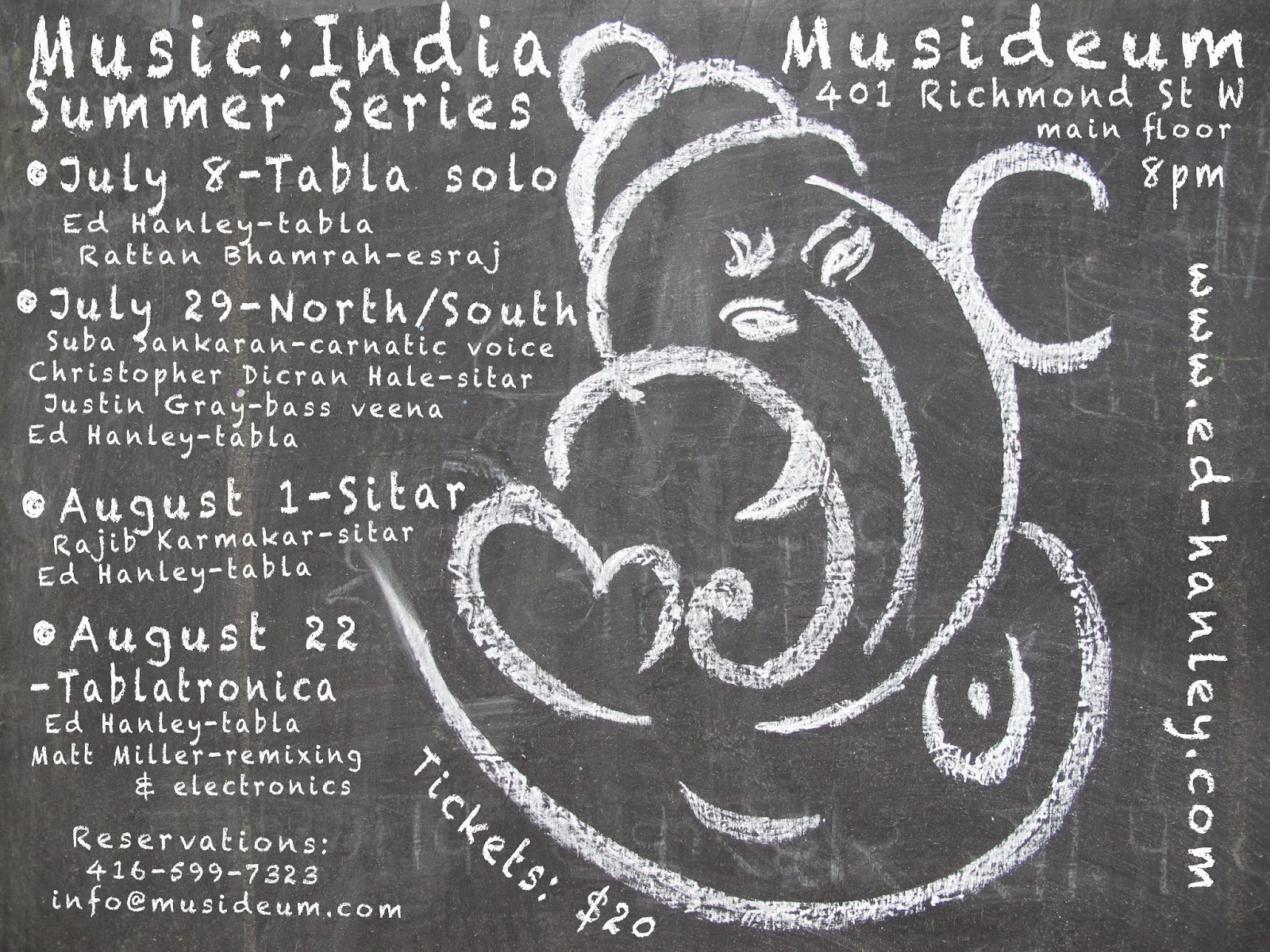 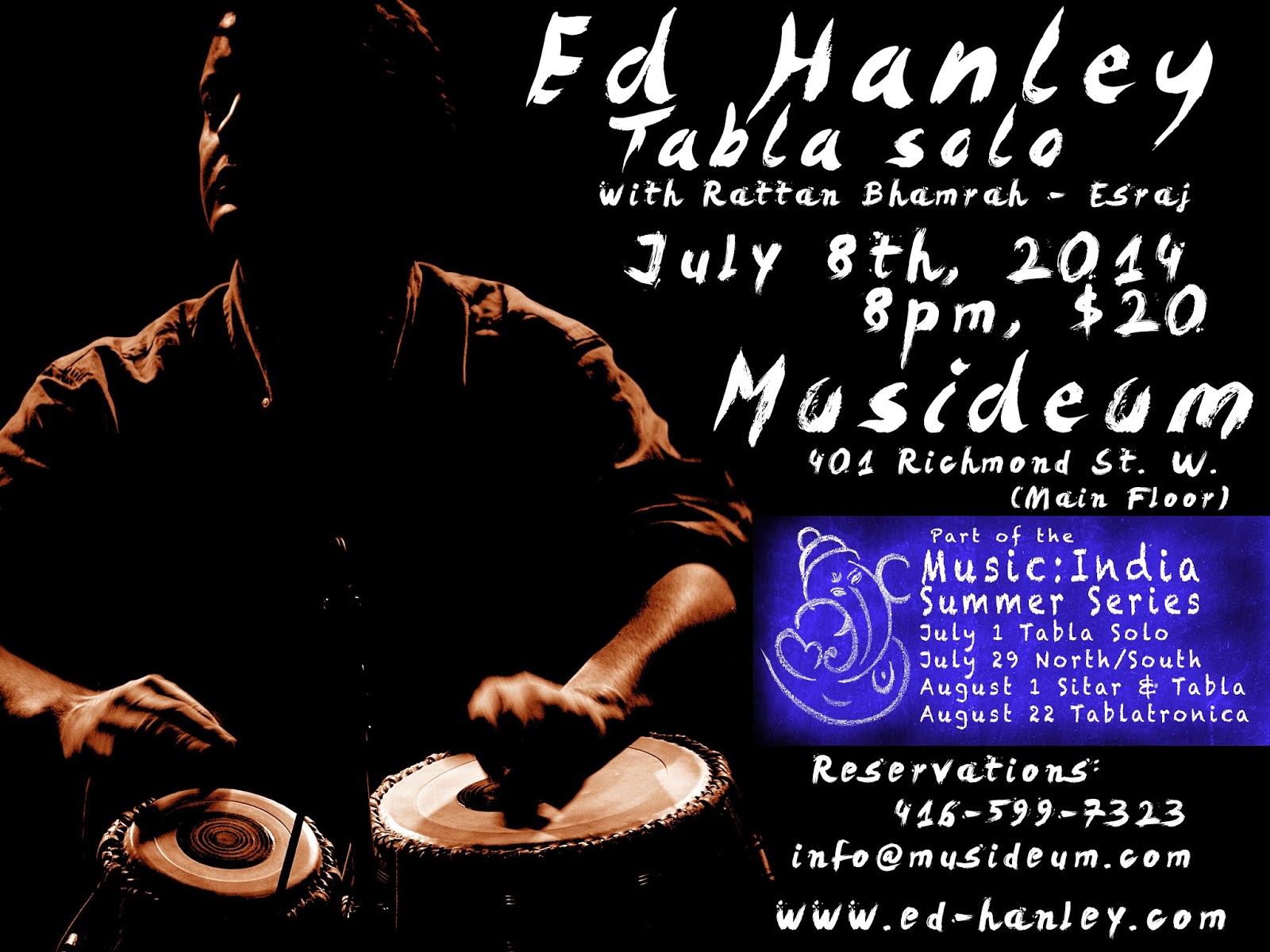