A roundtable of reporters and analysts on "Face the Nation" agreed that the first presidential debate served as a "wake-up call" for tabla players.

Romney and Obama debate about how to bring more Indian music to the USA....... from John Wubbenhorst on Vimeo.

Sam Anagat, who advised George Bush on his reelection campaign:
"$17.5 billion for Bansuri players is a great start, don't get me wrong, but I'm a little worried that tabla players might have a tough time under an Obama administration. The tabla vote has different infrastructure needs than flute players, who can play while sitting on a swing, for example."

"We need to mobilize the tabla vote, the ghatam vote, all the stationary percussion votes. Kanjira players will be a key demographic"

In other news, the Baby Powder and Cream of Wheat industries are lobbying hard to ease regulatory restrictions that they say unfairly penalize an already struggling industry. 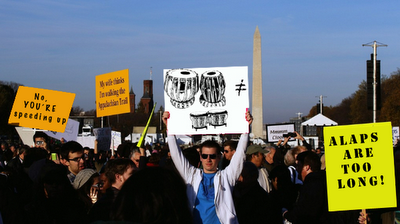